Learn All About Our Amazing Ragdoll Cats 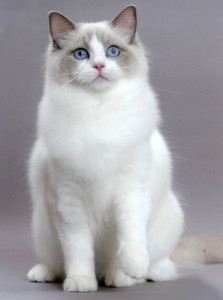 Ragdolls are large, loving, laid-back, medium-longhaired cats with stunning blue eyes. Their fur is rabbit-like in texture, non-matting and low shedding. Their sweet-natured, non-aggressive, easygoing personality makes the Ragdoll an ideal house or apartment companion. Ragdolls thrive on human companionship and develop a strong bond with their owners, meeting you at the door and following you from room to room. Ragdolls are intelligent and playful, they can be taught to retrieve and walk on a leash.

Ragdolls are a pointed cat, which means that they have color on their ears, faces, legs and tails with a much lighter, complimentary body color. They come in the colors of Seal, Blue, Chocolate, Lilac, as well as tortoise, red (flame), cream, and Cinnamon with it’s dilute Fawn.

Bakerviewrags will very soon be adding both Cinnamon and Fawn to our breeding colors!!

Solid colored, Sepia, Mink and the Blue Eyed White (BEW) Ragdolls, have all the breed-specific features, like the large size, the silky coat texture, and unique personality.  However it is claimed they do not have the traditional Ragdoll points (mask, ears, blue eyes, legs, and tails.)  Non-Traditional are available in all of the Traditional Colors such as seal (black), blue, chocolate, lilac, white (BEW), cinnamon and fawn that make up the Ragdoll breed.  They also come in all patterns, Point, Bicolor, Mitted and Lynx.  The Non-Traditional Ragdolls can and are used in breeding programs and litters will produce their ‘type’ solid, sepia, mink or BEW as well as pointed kittens in their litters.

All of the Non-Traditional Ragdolls are accepted by TICA (The International Cat Association) as Ragdolls and can be registered as Ragdolls. The main controversy comes when showing them. They are still under scrutiny and not generally accepted at competitions for Championship unless they are shown as household pets and not as a Ragdoll. 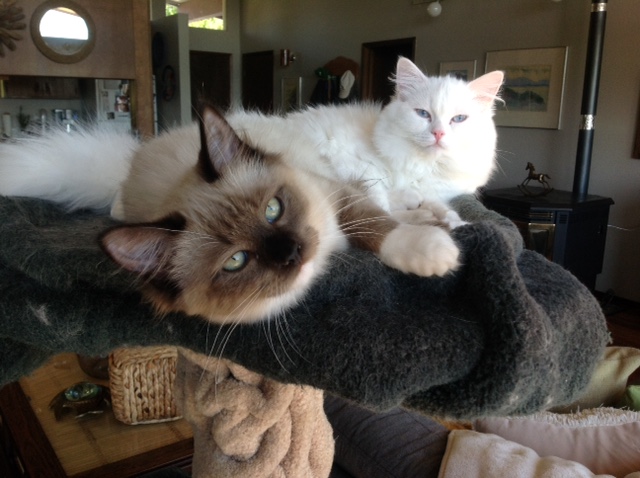